Shelly is a character in Halloween 4: The Return of Michael Myers. She was portrayed by Kelly Lookinland.

Shelly was the cashier, dishwasher and waitress of a restaurant on the road near Haddonfield. 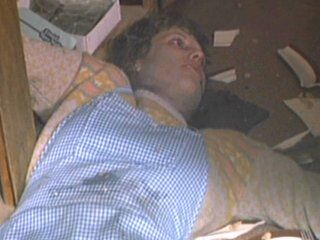 On the afternoon of October 31, 1988 Shelly was washing the dishes when Michael Myers appeared and killed her in an unknown manner (likely by strangling her).[1]