The Devil Walks Among Us 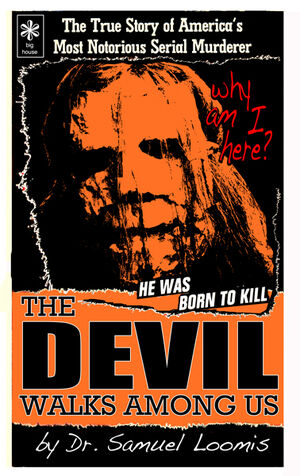 The Devil Walks Among Us is a fictional book featured in 2009's Halloween II. It is the second written by Dr. Samuel Loomis about the life of his homicidal former patient, Michael Myers.

As with The Devil's Eyes, Dr. Loomis wrote The Devil Walks Among Us about his experiences and study of Michael Myers, with an additional element: in large part, the contents of the book detailed Michael's escape from Smith's Grove Sanitarium and his attack on Haddonfield, Illinois. It also revealed to the world that his target that night, Laurie Strode, was in fact his baby sister. The book also contained photos of Laurie's siblings with their mother.

Many people who read Loomis' book have shown disgust at it, such as Lee Brackett, Kyle Van Der Klok, and even his own assistant, Nancy McDonald. One person who seemed to enjoy the book was a disturbed fan named Chett Johns.